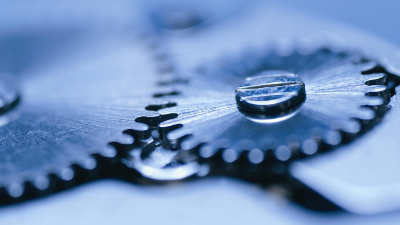 While working on my dissertation last year, I considered dozens of theoretical frameworks as they pertain to the field of college access research, and settled on a single paradigm that made perfect sense: postmodernism. This article was created for academics who care about higher education access. It explains how a postmodern awareness and approach can help us optimize America's perpetually shifting gears toward the elusive “American dream” we’ve all heard so much about.

Postmodernism offers a helpful set of rhetorical practices. In investigating one set of concepts, postmodernism calls into question and destabilizes another. We must first and foremost recognize that college access is a construct. As such, there is no terra firma for attainment—no target on a bullseye we can hit. I’ve noticed other leaders in our field sometimes making an assumption of consistent meaning for words like achievement, identity, and fairness. Unfortunately, no such fixed denotation exists.

Let’s remember that meaning was considered unified until 1979, when the term postmodernism entered the philosophical lexicon to challenge inaccurate, simplistic assumptions. The publication of The Postmodern Condition by Jean-François Lyotard introduced the concept of what were called competing grand narratives. In our field, that often sounds like talk of “access versus barriers” and similarly reductive perspectives. Anyone who’s been paying attention during the decline of stability in the higher education sector in the U.S. can see how this breaks down into beliefs, narratives, and undergirding value systems. It’s never just a river of access—it’s a swamp of widely variable constituent fragments. I propose that we marry form to meaning to help us re-frame how we speak, think, and write about college access.

Although form—that is, the structure of language—and content can be frequently fused in the minds of those giving and receiving communication, the postmodernist view is that these are functions of one another. The circular logic of college access discourse has yet to move the needle to a truly level playing field; therefore, I am proposing that we carefully assess frames of mental concepts, ideas, and other linguistic formulations. Let’s do it in the name of progress. Let’s do it for the kids. As those of us who have assumed leadership in the college access space rally together as insightful communicators, our questioning the essence of things summoned by the words often used can call out logical fallacies. These arguments, which often seem stronger than they are, rely on deceptive psychological persuasion.

While not all philosophers agree with a postmodern perspective, the analyses in my research offer a way to dissect meaning from often confused or conflated ideas. One example of this to consider: college eligibility versus college readiness, as delineated by thought leaders in the access space, including one I particularly respect named Dr. David T. Conley. It’s important to recall when we use the phrase college access, it conjures one set of meanings for privileged populations and another based on the lived experiences of those from more disadvantaged, marginalized backgrounds. A postmodern approach underscores the tension in how students experience belonging or not belonging on college preparatory pathways.

Relatedly, philosopher Jacques Derrida’s deconstructionist thinking investigated the impact of global university systems, particularly those in Europe. This questioned the real-life ramifications of distance and proximity to orthodox academia. Like numerous U.S.-based philosophers, Derrida challenged the purpose and function of the university, with contextual and global analysis. Sadly, here in America the advent of so-called late capitalism has ushered in a readjustment of economic market realities, intensifying the commodification and commercialization of higher learning. Language’s slippery slope beckons the wolves to the hen house when leaders are not carefully protecting the best interests of students over the corporatocracy that looms.

Connect with my community of 400 college access allies by opting in at https://lp.constantcontactpages.com/su/4Jn1HTJ/collegeaccess.

Ongoing GATE platform access for your student through graduation. No guides, no bonuses, no webinars, no frills. View Terms of Use here.

Monthly GATE with Support enrollment is a subscription purchase agreement offering access to weekly live webinars hosted by qualified admissions specialists. The open Question & Answer format in these webinars is designed to provide clarity in how to use GATE for all aspects of the applications process. Up to 25 families are included per webinar group. Your enrollment also includes GATE platform access, the GATE Parent Guide eBook, and 11 helpful bonuses to guide the step-by-step process. This enrollment will continue until you cancel.. View Terms of Use here.